First her father died in a trucking accident, .and then her mother took poison and also passed away when little Vijaya was only  one. Her aged grandmother tried to help by having Vijaya beg for food, a rarity in the slum colony in which they lived. The child was entrusted to Jacob when only 4 years old. 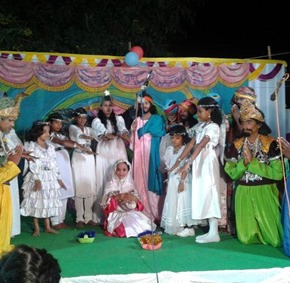 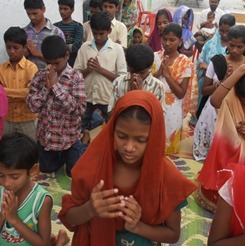 Apparently abandoned somewhere near the sea, John was discovered by an old fisherman who took him home and raised him until he was about 6. When Jacob took him into the Fold, he learned that the boy had been badly beaten and mistreated. But at the Fold, John found those who looked after him with tender care. And today he is flourishing.

The photos may not be the best having been sent via the internet from India, but they tell the story of children rescued from the streets and provided with care and loving attention. Three sample stories follow, but all of their stories are heart-rending. Those who  have completed advanced schooling or training are no longer residing at the Fold, but they are still our children. Regular schooling there ends at the conclusion of 10th grade, so these children begin adulthood quickly.

The brothers came to Jacob when both their parents died of AIDS and his aged grandmother could in no way care for them. Mani was sitting on the side of the road looking for someone to help him, a nine year old boy and his younger brother. His sadness for his loss took some time to overcome, and at one point he became very ill and required hospitalization.

Paul was the one who sat by his mother's bedside as she passed away. For both boys, the Fold has been their refuge and their healing.